How to Make the Best Pumpkin Pie 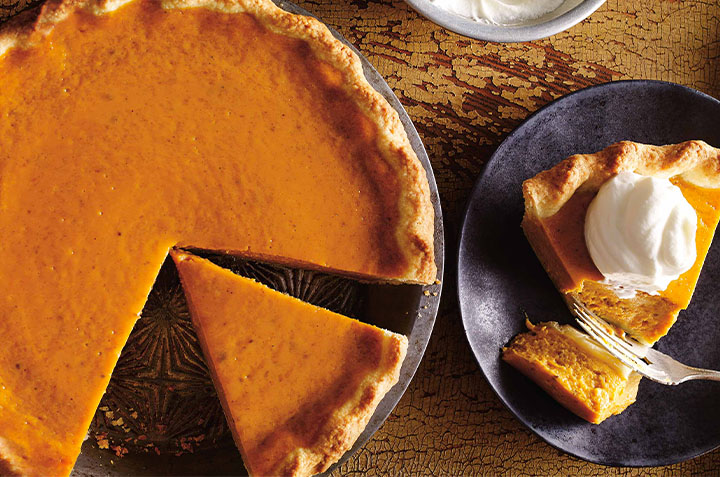 Among our favourites for Thanksgiving, pumpkin pie can surely seduce with its spicy notes. Check out all our tips below to successfully recreate this dessert at home.

Surprisingly, canned pumpkin produced results that were superior to a homemade purée. Its smooth texture is silky, nearly creamy, while the made-from-scratch version was too watery (the moisture separated from the flesh).

Pumpkin is traditionally enhanced with generous spicing, including cinnamon, nutmeg and cloves, to compensate for its extremely subtle flavour. In this recipe, we skipped the cloves because, no matter how little we put in, they consistently stole the show.

We owe our silken pie filling to the addition of the sweet stuff. We tried other options, such as cream and even a mixture of milk and cornstarch, but it didn’t yield the same velvety filling. Sweetened condensed milk just delivered the best texture.

Sugar in the pastry

Pies sometimes involve baking the pastry for a few minutes before adding the filling. To save some time, we decided to go with sweetened pastry. The sugar helps with liquid absorption so your crust won’t get soggy when it comes into contact with the pumpkin filling.

Here’s a tip that makes all the difference: Pastry becomes even flakier when you add a touch of acidity to it because it breaks down the protein in flour. In this case, we used yogurt.

The reaction between cold butter and the heat from the oven makes for an even crispier and lighter crust. That’s why it’s preferable for your pastry to remain cold before going into a (very) hot oven. The trick is to keep your rolled-out dough in the fridge while you prepare the filling, then remove it just before you fill your pie and pop it into the oven.

This pumpkin pie freezes well, even after whipped cream has been added. So you can break out a piece whenever the craving hits! 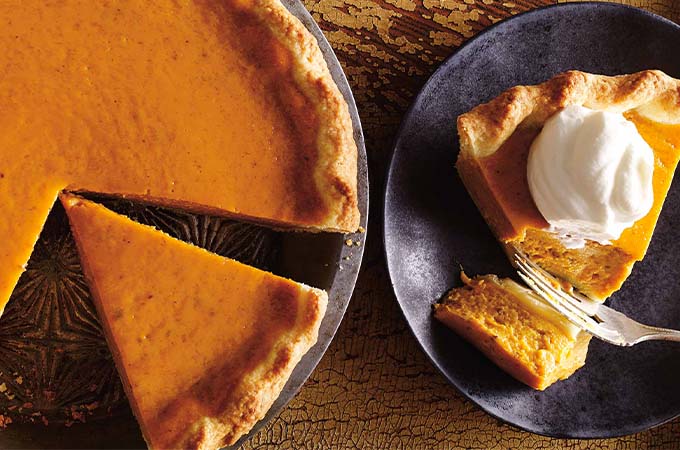