How to Make the Best Key Lime Pie 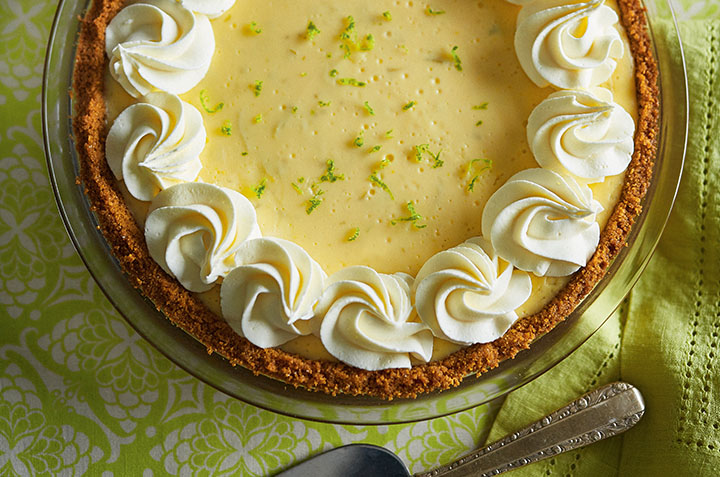 With its tart and creamy filling and graham cracker crust, key lime pie is one of Ricardo’s most favourite desserts. We pushed ourselves to prepare a dozen different versions with one goal in mind: to develop our best-ever recipe.

To get our pie’s foundation just right, butter was key. But how much? Not enough and the crust won’t hold together; too much and it will be too heavy and cloying. We finally settled on 1/3 cup, making the graham-cracker crumble not only easier to press into the pie dish, but giving it a better consistency—like a cookie—when baked. We also added just a smidgen of salt, to make the overall flavour pop.

We made our pie using both regular and key limes. Key limes (all 25 little ones) had a punchier, more acidic profile versus typical grocery store limes (6 to 8), which were less tangy and more fragrant. Here’s the good news: Both versions are delicious, so it really depends on taste—and which lime variety you can easily get your hands on.

As well as lime juice and condensed milk, there are a lot more filling possibilities. We tried adding 35% cream (good), but then we tried sour cream (better!). Smooth and tangy, sour cream also, however, added liquid, which made the filling sweat when baked—not something you want in a pie. So we threw in a touch of cornstarch, which helped solidify the mix to give us that wonderful wobbly texture. And finally, Ricardo hates waste, so rather than using just the yolks, we tossed in three whole eggs for an extra layer of richness and a flan-like texture.

There are several ways to bake a key lime pie—including not baking it at all! Because our filling is quite thick, we had the best results when baking it for about 30 minutes (double the classic key lime bake time). The result? A more unified structure that seamlessly merges crust and lime cream.

Now, keeping these tips in mind, it’s your turn to bake this key lime pie like a baking pro: 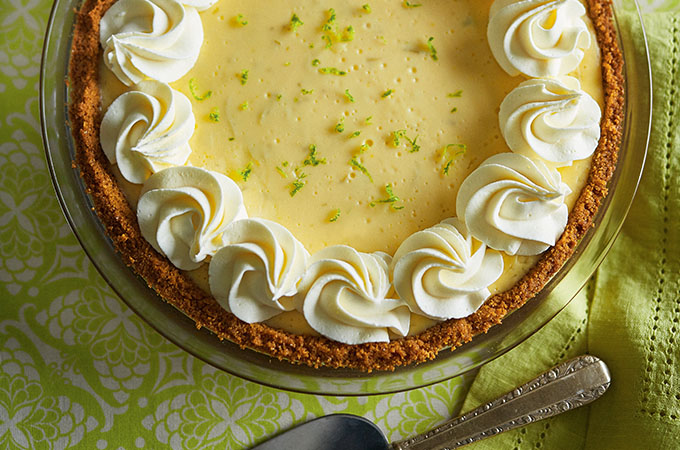