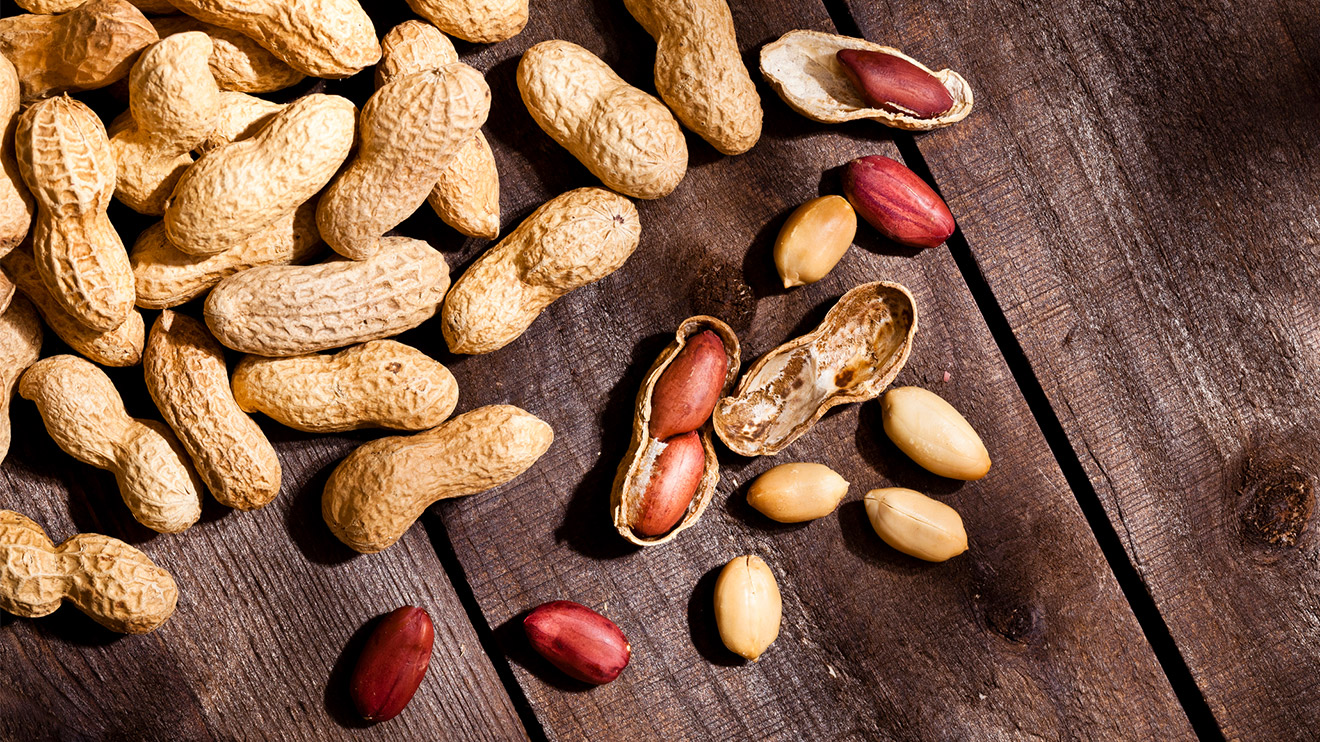 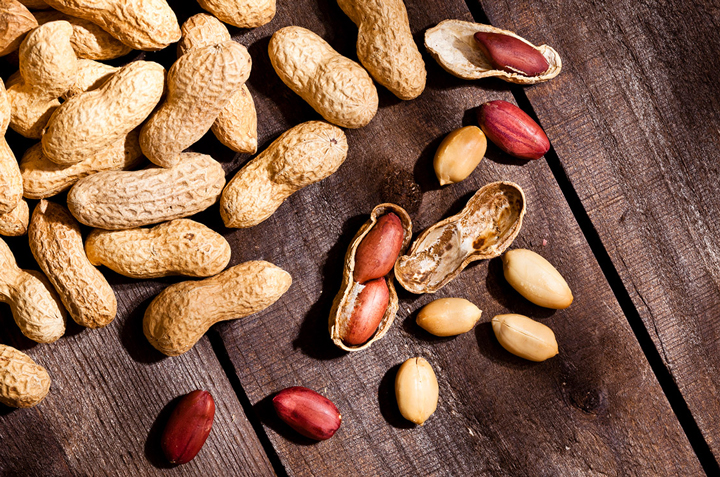 Is the peanut a nut? No, it’s a legume! Learn more surprising facts about this protein-rich food that always seems to hit the spot.

A 100-gram serving of blanched peanuts costs about 58 cents, or approximately three times less than the same quantity of boneless chicken thighs ($1.50 per 100 g) or six times less than beef flank ($3.50 per 100 g), all of which means peanuts are a very economical protein.

A small amount of peanuts provides plenty of protein and fibre, and can take care of hunger pangs while at the same helping to regulate blood-sugar levels. You can also add peanut butter to a smoothie or spread it on apple slices for a nourishing and nutritious snack.

Peanuts grow underground in poor soil. Originally brought to North America by African slaves, peanuts enabled them to survive thanks to their high nutritional value.

The peanut is a legume, although it is often mistaken for a nut and eaten like one! Its vegetable fat is cholesterol-free and monounsaturated, and provides the same health benefits for the heart as olive oil.

Two U.S. presidents were once peanut farmers: Thomas Jefferson and Jimmy Carter. The latter still lives in Plains, Georgia, and continues to be involved in the annual Peanut Festival.

6. From peewee to jumbo

Once harvested, each peanut is inspected and sorted by size. Imperfect ones are turned into peanut butter, and low-quality peanuts are used as bird food.

In some impoverished countries, malnourished children are given packets filled with a paste composed of roasted peanuts, sugar, vegetable oil and milk powder. Eaten two or three times a day, these 500-calorie packets can save lives.

The American cartoonist Charles M. Schulz created the characters of the Peanuts gang, including Charlie Brown and Snoopy. Over a 50-year period, Schulz wrote and illustrated 17,897 comic strips.

In 2015, a study published in The New England Journal of Medicine showed that only 3% of babies exposed to peanuts before their first birthday developed a peanut allergy by the age of five, versus 17% for children who did not consume any peanuts. Early exposure could therefore have a protective effect. Talk to your pediatrician about how to safely introduce this food.

How many peanuts do you need to fill a medium-sized (500 g) jar of peanut butter? No fewer than 755!