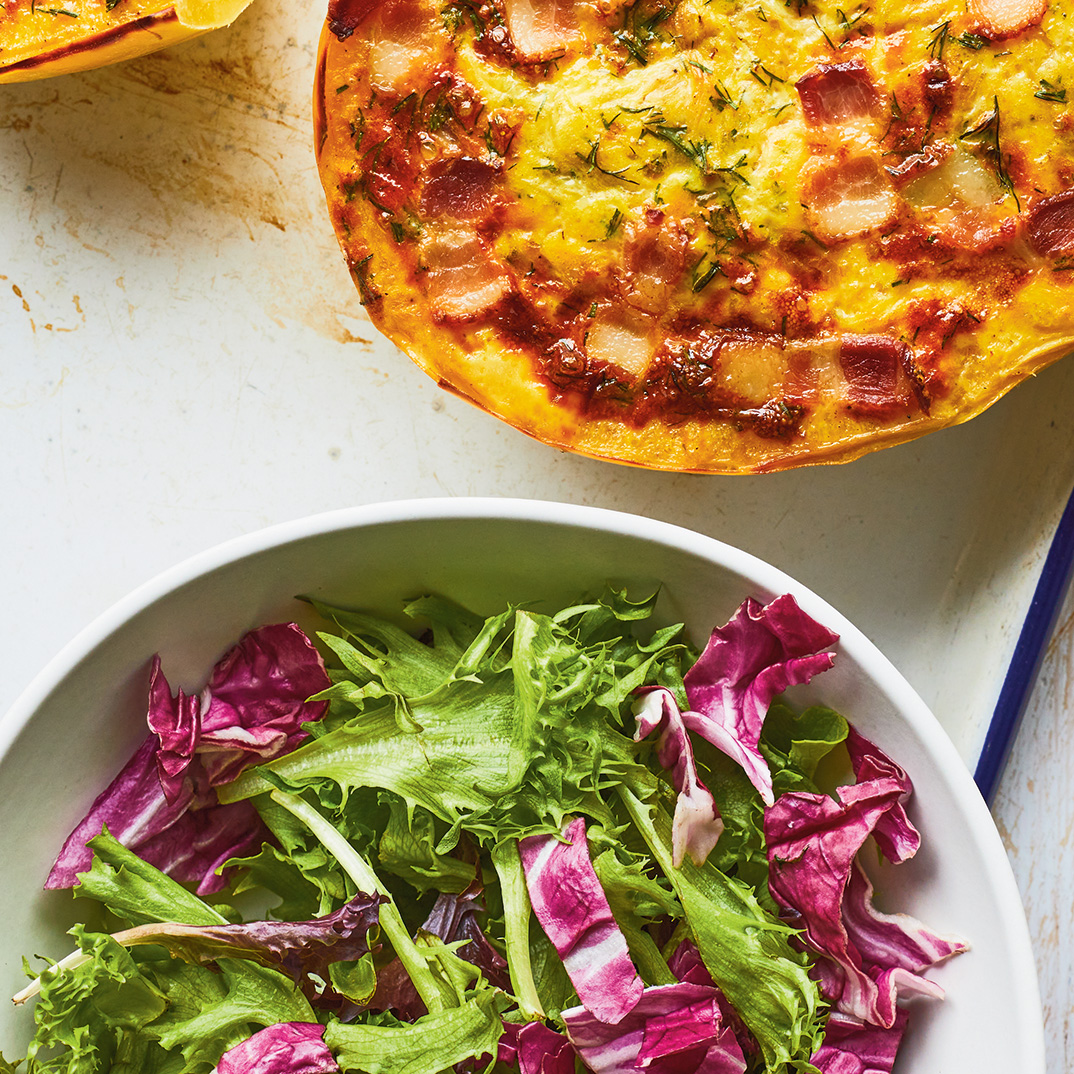 Choose a squash without any cracks to avoid leakage of the egg mixture.