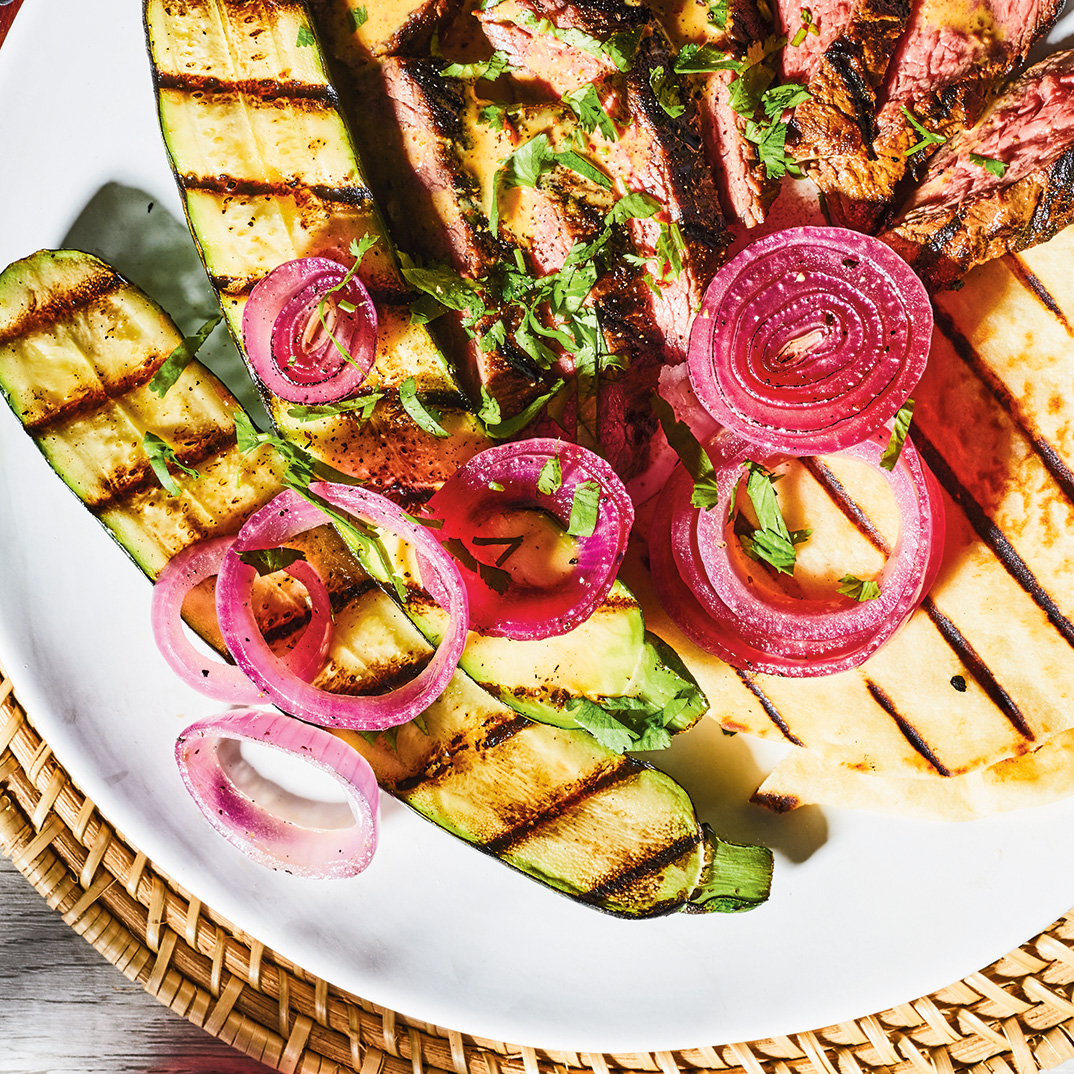 While we generally use 11% yogurt in desserts, we have found that it works really well in marinades, too. Its high fat content allows it to resist the heat of the grill and perfectly tenderizes red meat such as beef and lamb. In sauces, its creaminess is second to none.

Beef and Mushroom Pasta with Peanuts