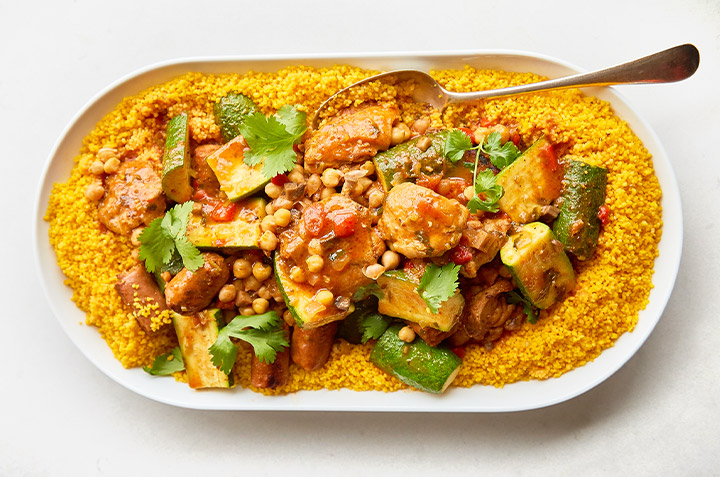 Watch the grand finale of our 1 jar, 3 ways video series, launched by Ricardo, and discover three easy ways to cook with the RICARDO Cacciatore cooking sauce, a delicious blend of tomatoes, bell peppers and mushrooms. This cooking sauce is made from familiar ingredients, is gluten-free and has no artificial flavours or preservatives. Time to get cooking!

“I wanted to make use of some fresh herbs that were just about to go bad in the fridge. Among other things, I’ve used cilantro and also paprika to provide a little bitterness to the sauce, which is fairly sweet. And a mushroom broth gives this soup a nice thick consistency!” – Lisa Birri, Test Kitchen chef 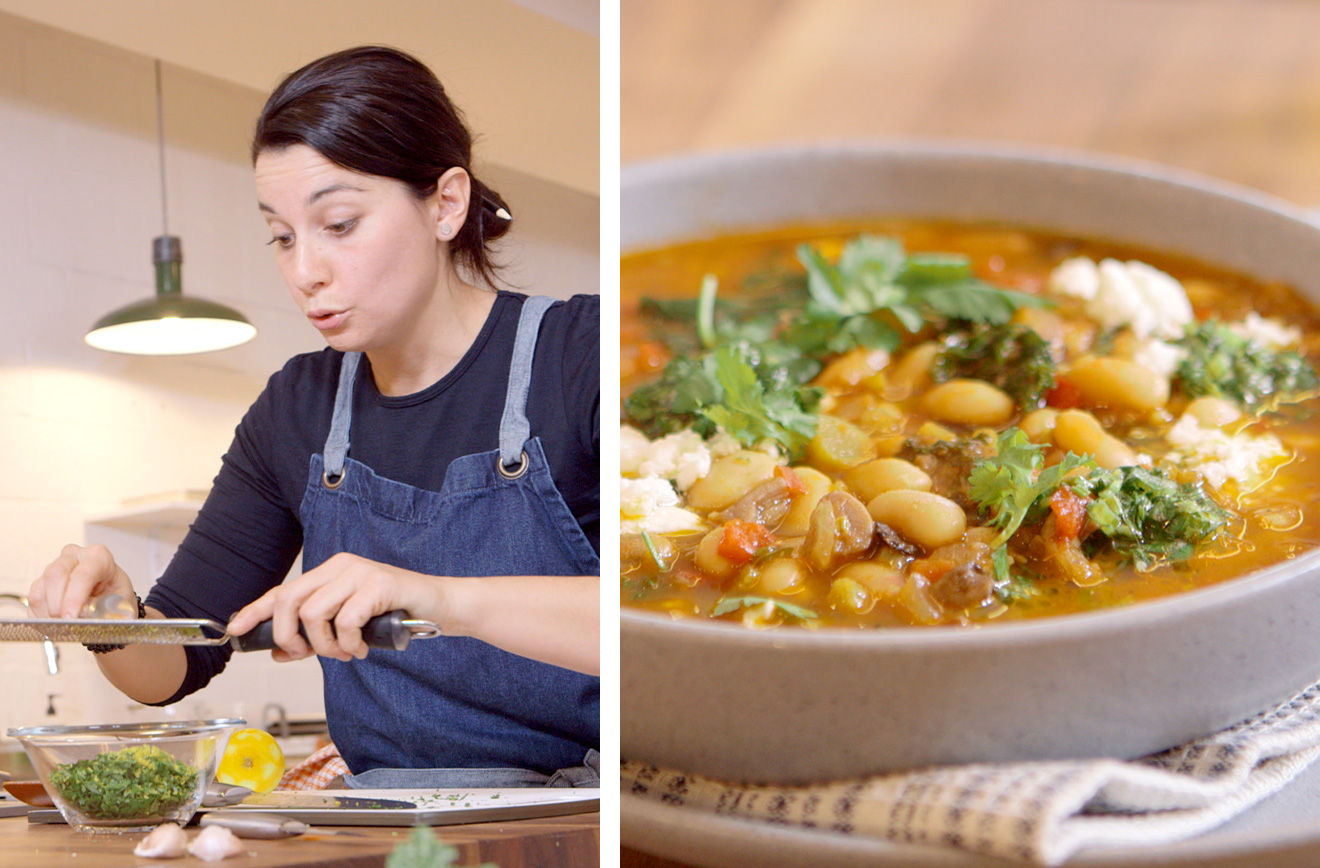 Cilantro topping: In a bowl, combine ¼ cup finely chopped cilantro, the zest and juice of ½ lemon and 1 tbsp olive oil. Season with salt. Serve the soup in bowls. Top with ¼ cup crumbled feta cheese and the cilantro garnish.

2. Involtini of Beef with Sausage

“This calls for sandwich steak (similar to veal cutlets) and Italian sausages, which are braised in the Cacciatore sauce. Use a generous amount of pepper and add black Kalamata olives. The finishing touch is a quick polenta (broth, instant semolina and Parmesan)!” – Étienne Marquis, Test Kitchen chef 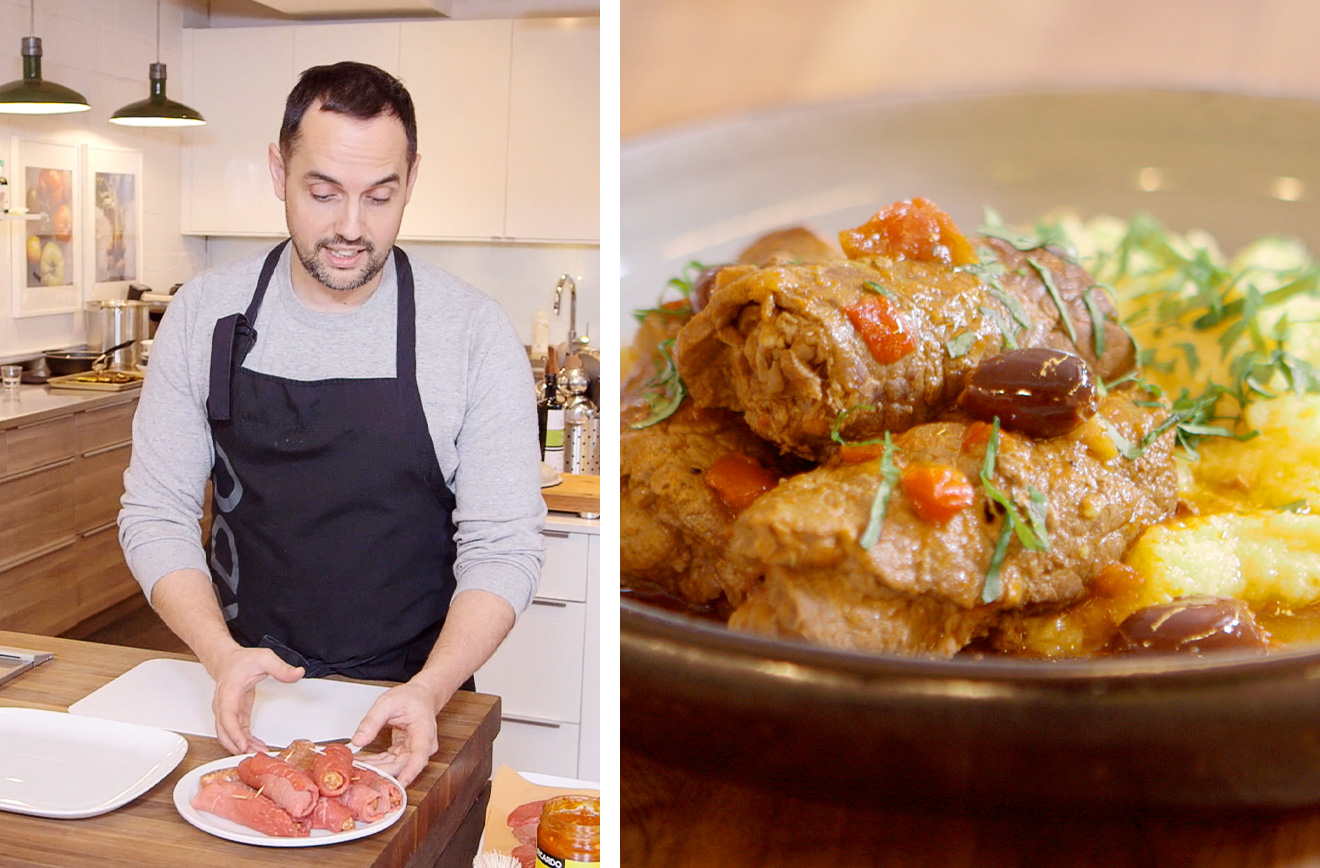 Involtini: On a work surface, lay out 12 thin beef slices (sandwich steaks) and flatten slightly with a mallet. Season with salt and pepper. Place the meat from 4 Italian sausages, formed into small cylinders, at the bottom of each beef slice and tightly roll up. Thread a toothpick through the middle of each involtini. In a large ovenproof skillet or Dutch oven over medium-high heat, brown half the involtini at a time in 2 tbsp oil. Season with salt and pepper. Add a jar of RICARDO Cacciatore cooking sauce and ¾ cup pitted kalamata olives. Mix well to coat the meat in the sauce. Cover and cook in a 350°F oven for 2 hours or until the meat is fork-tender (or 30 minutes in the pressure cooker).

“In a saucepan, I cook chicken thighs with merguez sausages. I add chicken broth to stop the browning, and then the cooking sauce, which provides the tomato base and adds flavour. Then I switch up the taste with a ras el hanout spice mix, which adds another dimension to the sauce. Sausages, chicken, zucchini, chickpeas, cilantro… this dish takes me back to my childhood!” – Nicolas Cadrin, Test Kitchen chef 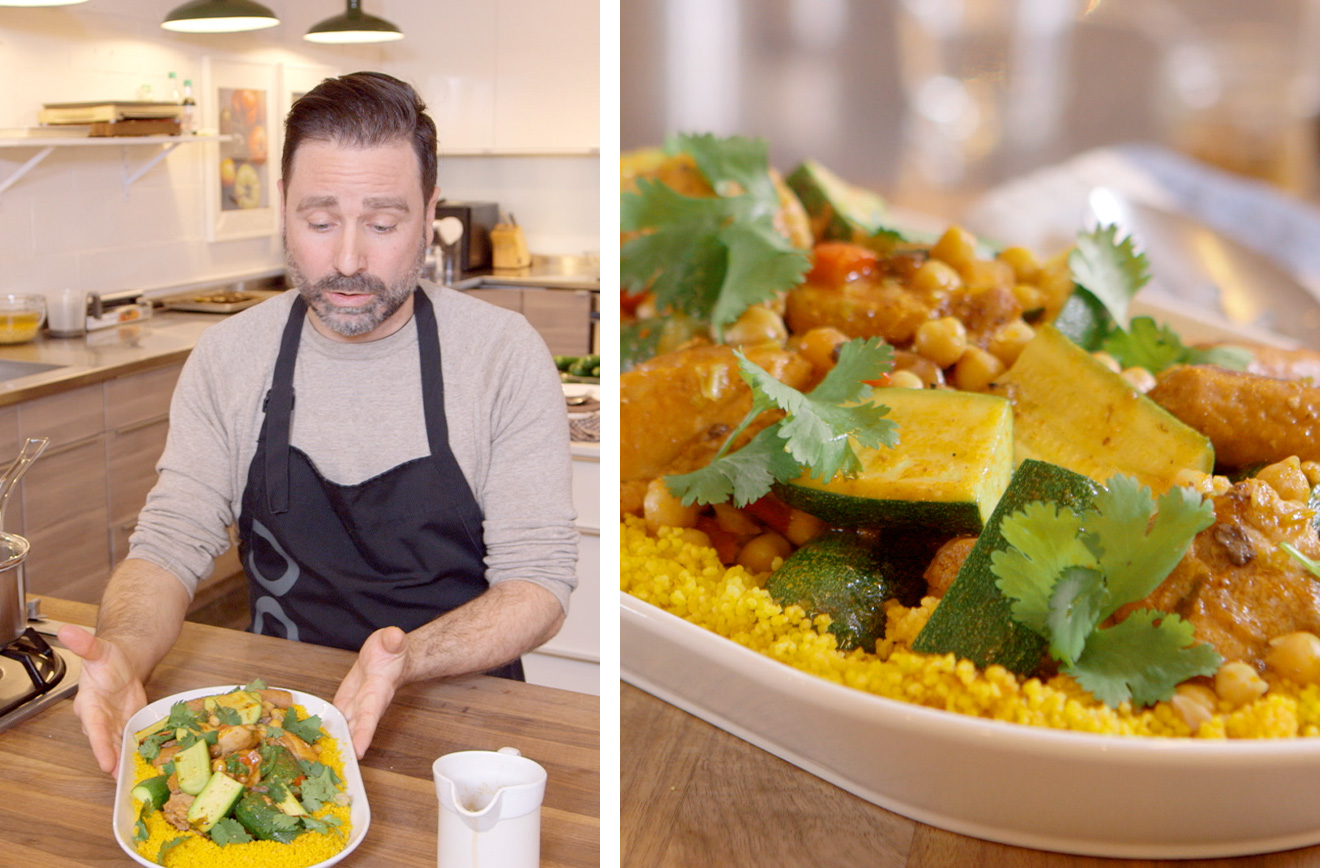 Couscous: In a small pot, bring ½ cup carrot juice and ½ cup chicken broth to a boil. Remove from the heat. Add 1 cup couscous. Season with salt. Cover and let sit for 5 minutes. Fluff the couscous with a fork. In a serving dish, spread out the couscous and top with the chicken and merguez mixture. Garnish with cilantro and drizzle with the cooking juices.