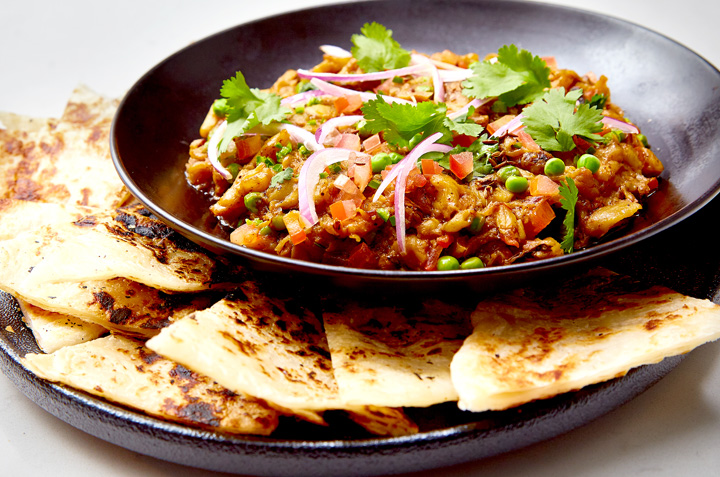 Our Test Kitchen chefs have once again accepted Ricardo’s challenge: Find three easy ways to cook with the RICARDO Butter Chicken cooking sauce to provide you with practical recipe ideas. This delicious blend of tomatoes, spices and cream is made from familiar ingredients, is gluten-free and has no added sugars, artificial flavours or preservatives. Let’s get cooking!

“My recipe is more about assembling: I take a jar of RICARDO Butter Chicken cooking sauce and make a soup out of it. After 20 minutes, the lentils are cooked. Then I add some fresh cilantro and a little yogurt, and top with chopped onions and curry powder!”
– Étienne Marquis, Test Kitchen chef 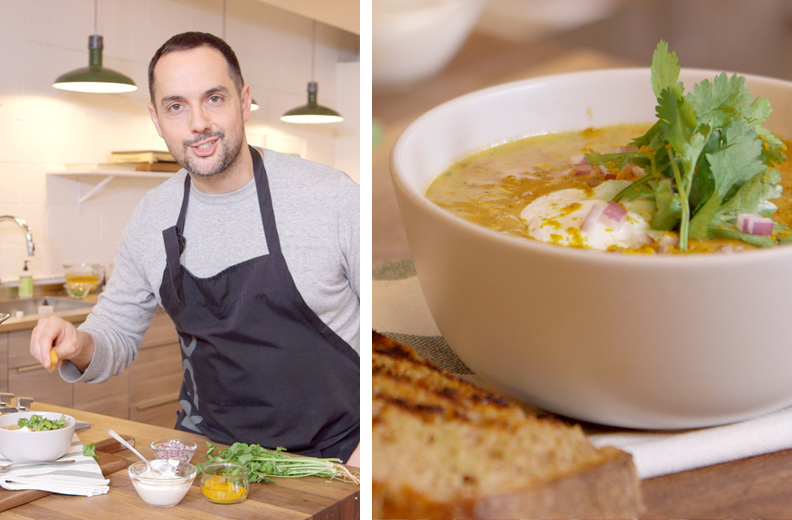 “Here’s a raid-the-fridge idea! This pizza uses naan bread (because when you think butter chicken, you naturally think naan) topped with leftover chicken, tomatoes, avocado, lime and some green onion. To make the dish a little richer, pan-fry some cubes of halloumi and add them when the pizza comes out of the oven!” – Isabelle Deschamps-Plante, Café RICARDO chef 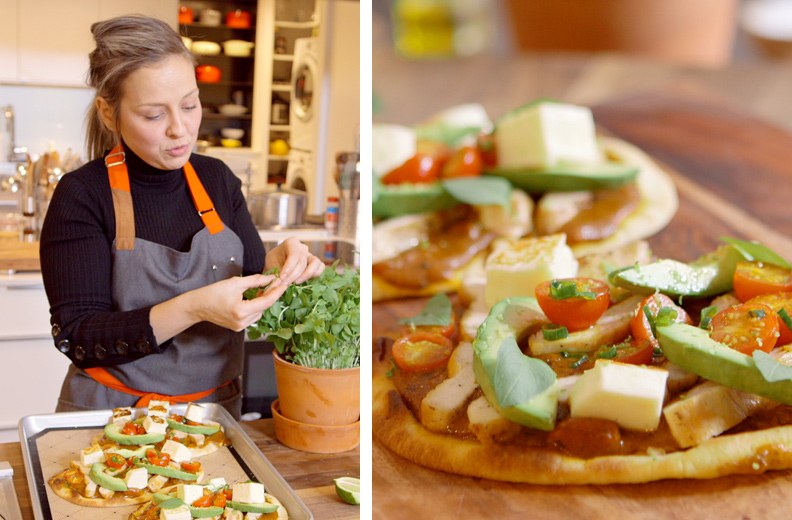 Naan pizza: Place 4 naan breads on a baking sheet and generously brush with RICARDO Butter Chicken cooking sauce. Garnish with slices of grilled chicken. Bake in a 450°F oven for 5 to 6 minutes or until the bread is hot and crispy. Meanwhile, in a non-stick skillet over high heat, brown ¼ lb cubed halloumi cheese. Remove the pizzas from the oven and top with avocado slices, cherry tomato salsa and browned halloumi. Season with salt and pepper. Sprinkle with lime zest, if desired.

“I propose sticking to the Indian theme and making an eggplant curry. It’s perfect for leftover cooking sauce, and it can be eaten hot or just warm. I add green peas (they provide colour), some tomato, chili peppers and soaked onion (to soften it). I also add toasted cumin seeds, a touch of cilantro and my new fave: paratha bread!”
– Lisa Birri, Test Kitchen chef 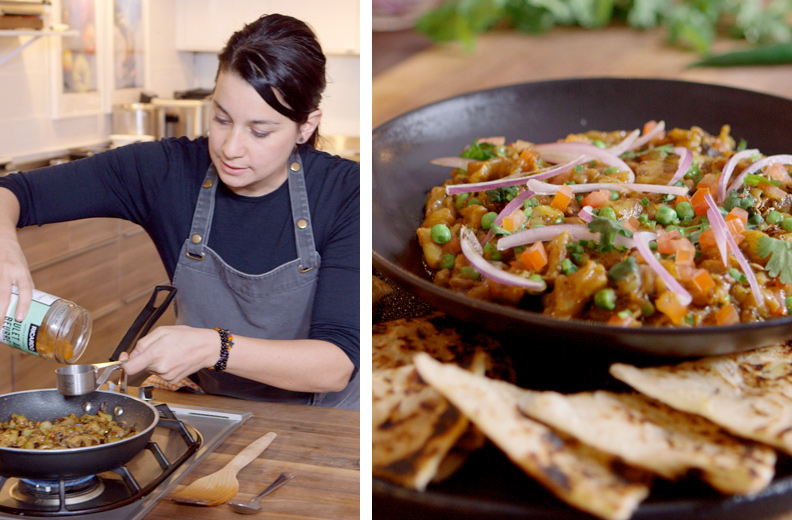