Your Corn-Buying Guide: From Purchase to Plate 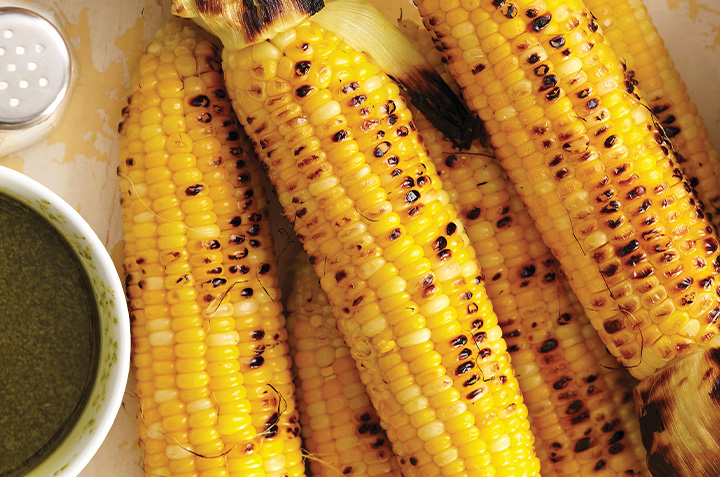 Fresh corn is the end-of-summer symbol; of corn roasts with friends and enjoying a meal al fresco. But from one year to the next, we often forget the ABCs of corn, especially how to cook it perfectly. Here’s our handy cheat sheet so you can cook it the right way this summer.

To choose a fresh ear of corn that won’t go bad after two or three days, here are four tips:

The inner silk should be golden and silky. The silk at the tip isn’t a good indicator, as it is usually brown and dry, even in the field.

The husk should be green and tight. If the corncob was picked that same morning, you might even notice some pink between the first few peels.

Pull on a few leaves of the husk to examine the kernels: They should be round and milky when pinched with your fingers. No need to dwell on the small tip of the ear, which is sometimes dry and without any grains. Its appearance depends more on the variety than on its actual freshness.

Examine the tip of the stem where the ear was broken off from the plant, and then choose the ones that are still damp.

Yellow, white or bicolour, it’s difficult to say. Certain varieties of yellow corn are sweeter than the white or bicolour kinds, but as always, it’s the freshness that counts. If the early varieties hit the produce section in July, aficionados know that the late varieties in August and September will be sweeter. If you’re out of season and can’t find fresh corn, opt for frozen.

There are several methods for cooking corn, depending on the time available or the number of corncobs to prepare. Whichever cooking scenario presents itself to you this summer, here are five cooking methods for ears of corn:

Fill a pot with water halfway and bring to a boil. Meanwhile, shuck the corn. Place the corncobs in the water, wait for it to come back to a boil and then cook for exactly 5 minutes, and no more. Varieties of corn today don’t need to cook for 10, 12 or 15 minutes like they used to a long time ago!

Tip: The corn is fully cooked once the five-minute cooking time is up. It can stay warm in the pot of boiling water if you’re not eating all of the cobs right away, but they will continue to cook lightly. We therefore prefer to dunk the corn in cold water, which will stop the cooking process, but will render the corn cold.

Found online, this cooking method that takes only 1 minute and 30 seconds really surprised us. Skeptical, we tried it out ourselves many times, with much success. We much prefer this method over the traditional boiling water, particularly when we only have a few cobs to cook.

Shuck the corn. Pour ½ inch (1 cm) of water into a large skillet and bring to a boil. Place the cobs side by side, cover and let cook for 75 seconds. Turn the cobs over halfway, cover and cook for another 75 seconds. Drain and serve. Repeat as needed. 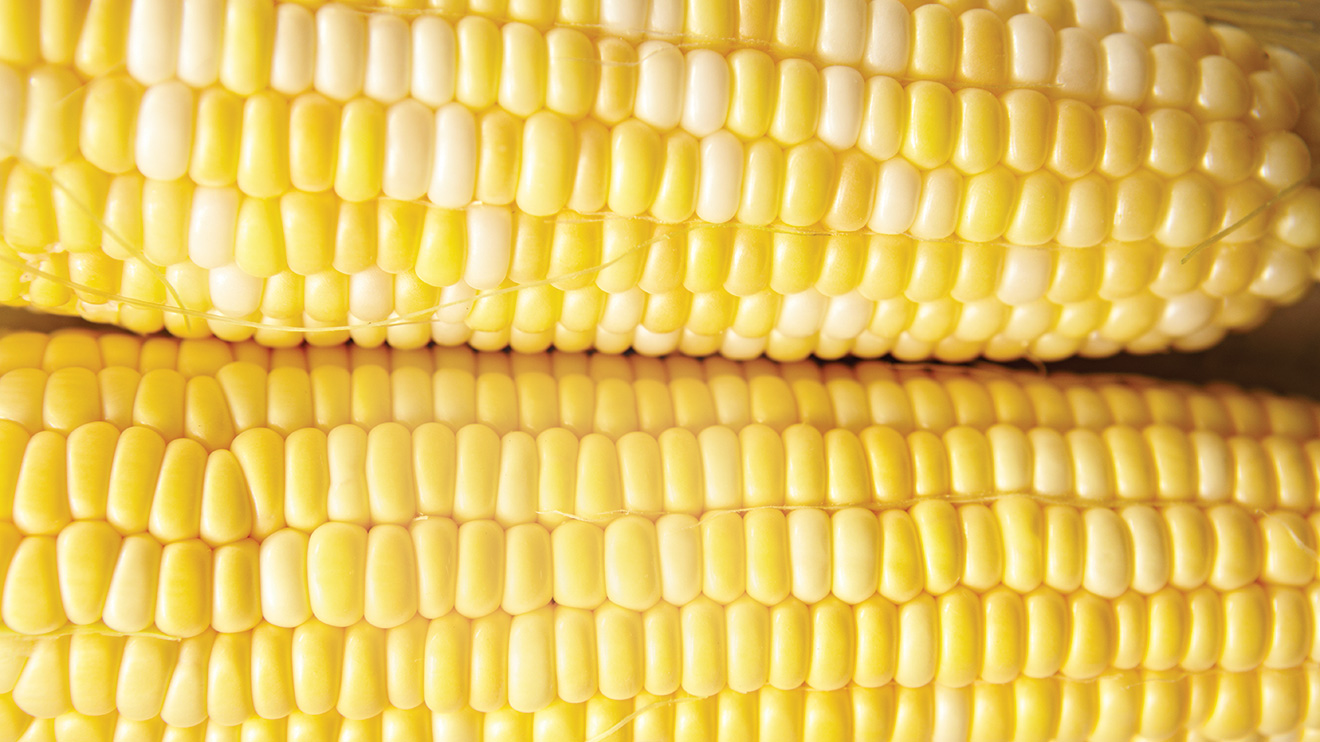 A medium corncob contains between 700 and 1,000 kernels, and also one silk for each kernel!

3. Single-Serve: In the Microwave

Wrap unshucked corncobs in two layers of wet paper towels. Cook in the microwave at high heat for approximately 3 minutes.

The fresher the corn, the harder it is to get rid of the hundreds of silky bristles that stick to the kernels…and eventually end up in our teeth. The solution? Place the cobs with husks in the microwave and cook for 6 to 8 minutes. Put on gloves and cut the large root end of the corn with a sharp knife, so you can see the kernels. Grasp the cob by the neck and squeeze the ear of corn downwards. It will pop out like magic, without any silk!

Shuck the corncobs and place them in a pot of boiling water. When the boiling resumes, cook for 2 minutes. Drain. Preheat the grill to medium high. Oil the grate. Place the corncobs on the grill and cook until the kernels are coloured and the ears are well caramelized.

Tip: It is important to precook your corn in boiling water. Cooking it exclusively on the grill will dry it out. 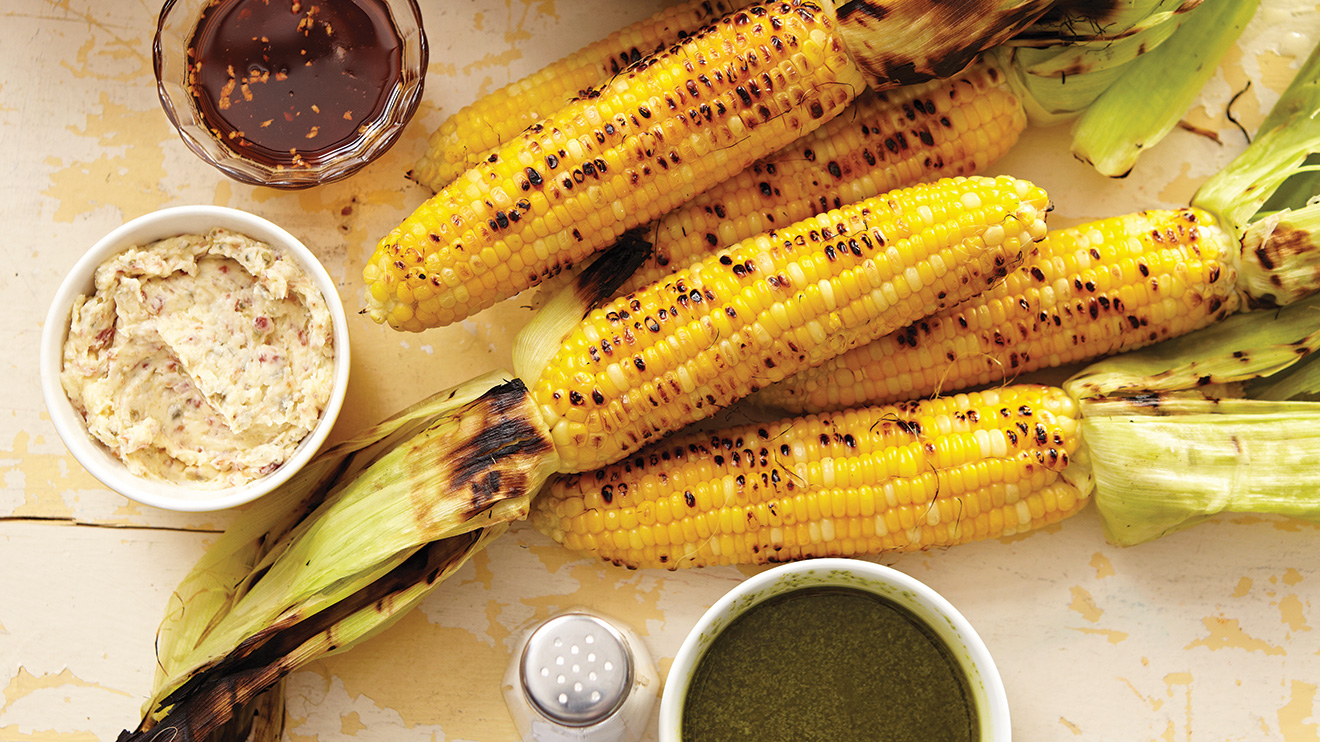 A medium-sized cob that’s 8 inches (20 cm) in length contains 30 g of carbohydrate, which is roughly the equivalent of six sugar cubes. If corn is kept at room temperature for 24 hours, half its sugar will turn into starch. To avoid flavourless and soggy corn, it is essential to refrigerate and eat it quickly.

And if the corn must wait a while before being consumed, here are a few storing suggestions:

First, the worst thing you could do is leave your corn out on the counter or in the car. There are two schools of thought when it comes to keeping fresh corn; those who believe you should shuck it immediately, and those who think it best to keep the husks on.

Some people believe corncobs should be shucked as quickly as possible (the skin pulls on the sugars, according to them) and then placed in a plastic bag, either in the refrigerator or in a cooler. This way, it’ll keep for four days.

On the other hand, some have gotten great results by placing corncobs, unshucked, in a moist paper bag, and then in a plastic bag in the refrigerator. Twenty-four hours later, the corn is still sweet and crunchy, and not soggy. The choice is yours!

Before putting it in the freezer, the corn must be shucked and then blanched, which essentially means lightly deactivating the enzymes that help it deteriorate. To do this, simply place your corn in boiling water for 2 to 3 minutes, and then dunk it in a bowl of ice water. Pat dry and place the corn in freezer bags, or shell and place the kernels on a baking sheet. Once they are frozen you can put them in a bag. White corn can keep for up to one year in the freezer. 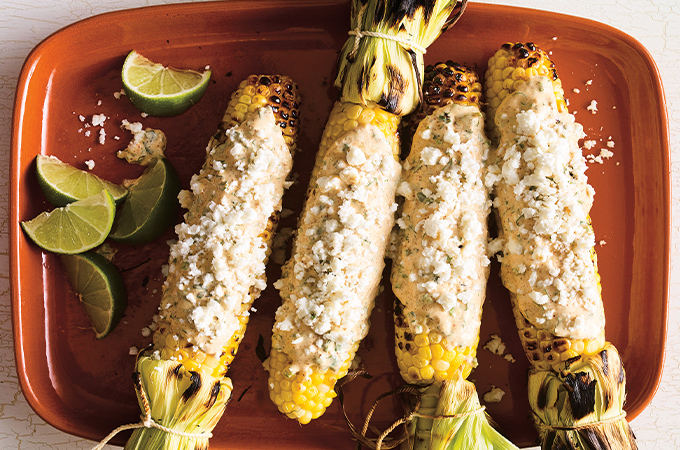 10 Recipes for This Year’s Corn Roast