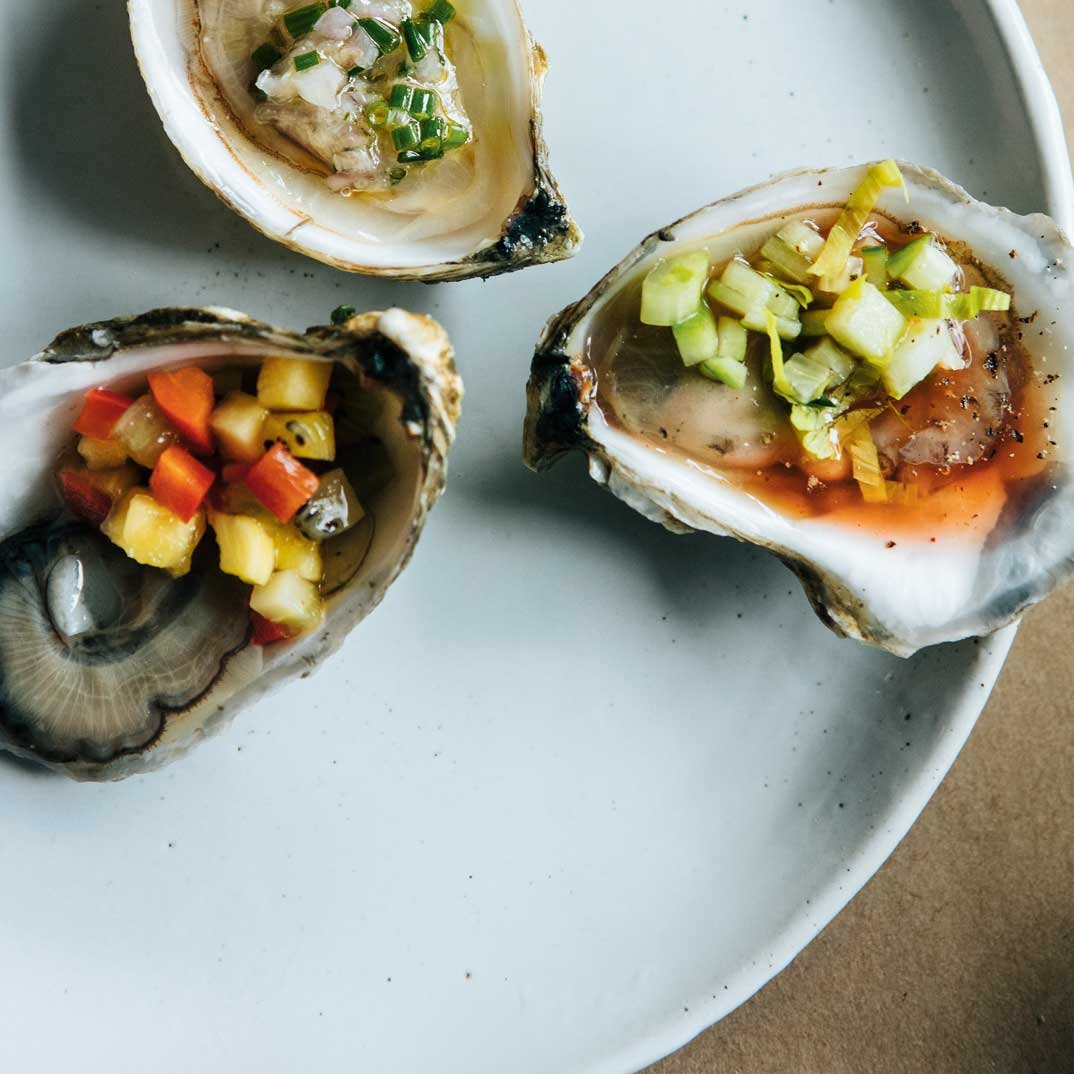 Also known as “citrus caviar,” the finger lime owes its names, respectively, to its pulp, which resembles fish eggs, and to its small size and elongated finger-like shape. To make a tartare version of this recipe, chop oysters and combine them with the lime and ginger mignonette. Serve the mixture in shells, wonton spoons or shot glasses.