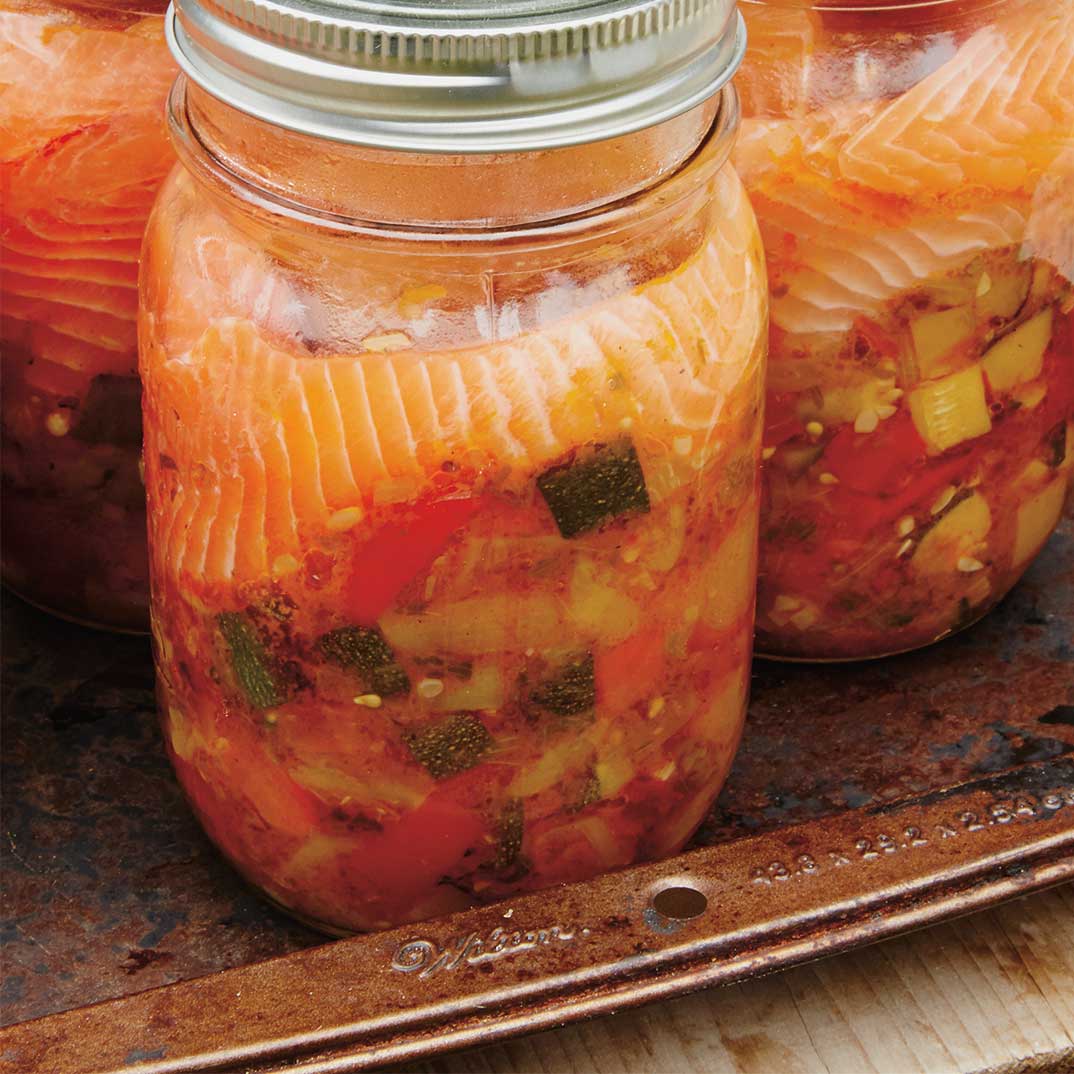 0 star (0)  Rate this recipe
Share
After a fishing trip, get canning with this recipe for ratatouille with trout!

The fish should be cooked and consumed immediately after it has been packed in the jars as this recipe is not intended to be canned for a long shelf life. La ratatouille se congèle

Preparing and Filling Jars for Canning

Canning With a Boiling Water Canner

Canning With a Pressure Canner

How to Fillet a Fish

Seared Cod with Kale and Almonds