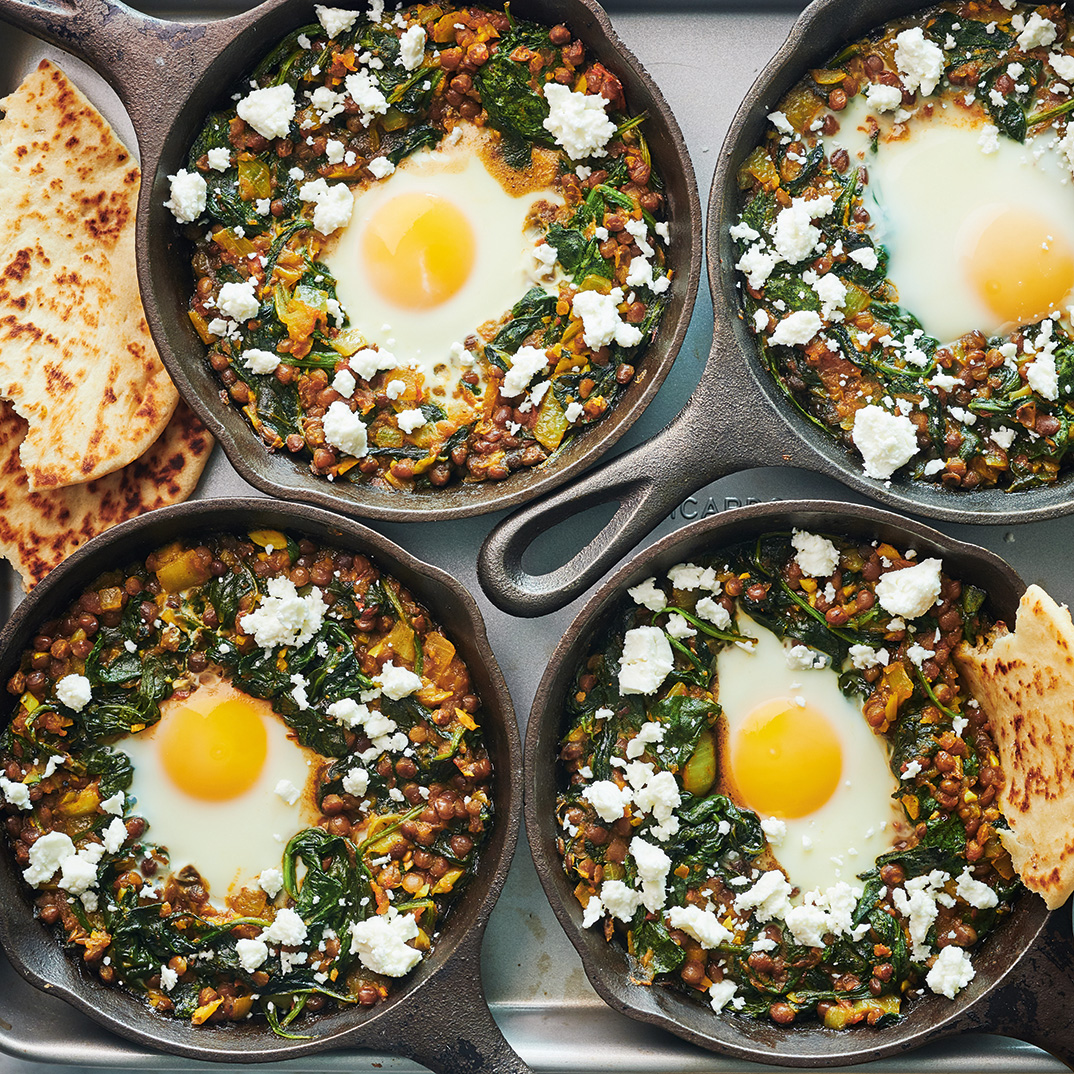 Poached Eggs with Spinach and Lentils

To cook this recipe in individual portions, divide the cooked spinach mixture among four small casserole dishes and add an egg to each one. Bake in a 400°F (200°C) oven for 15 minutes or just until the egg whites are cooked.

Garlic: remove the sprout or not?

How to Peel Gingeroot Without Any Waste