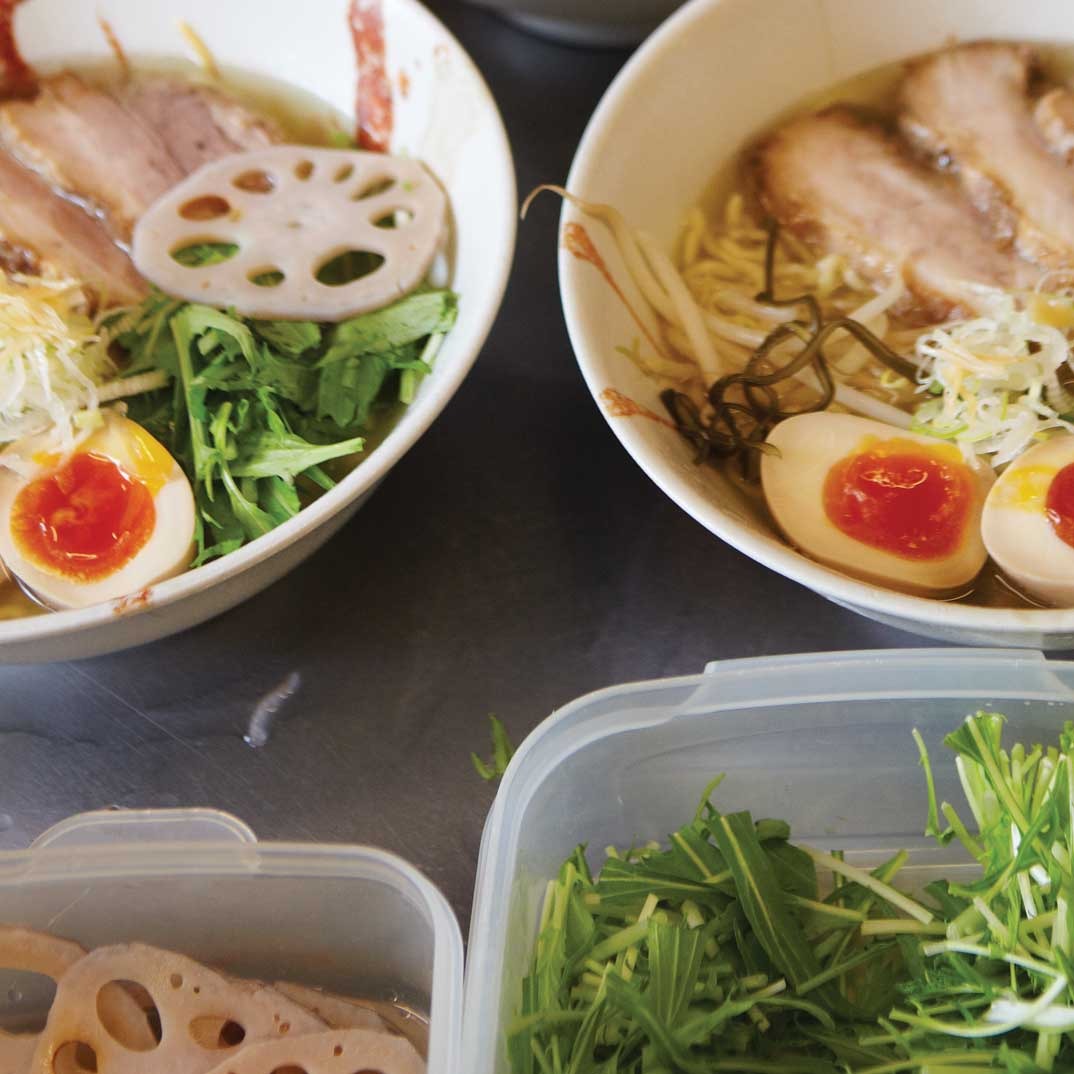 You can soak the whole hard-boiled eggs in a little soy sauce for few hours. We use chicken broth to simplify the recipe. Pork bone and chicken broth are traditional in Japan. Pork belly is very popular in Japan, where fatty meats are prized.