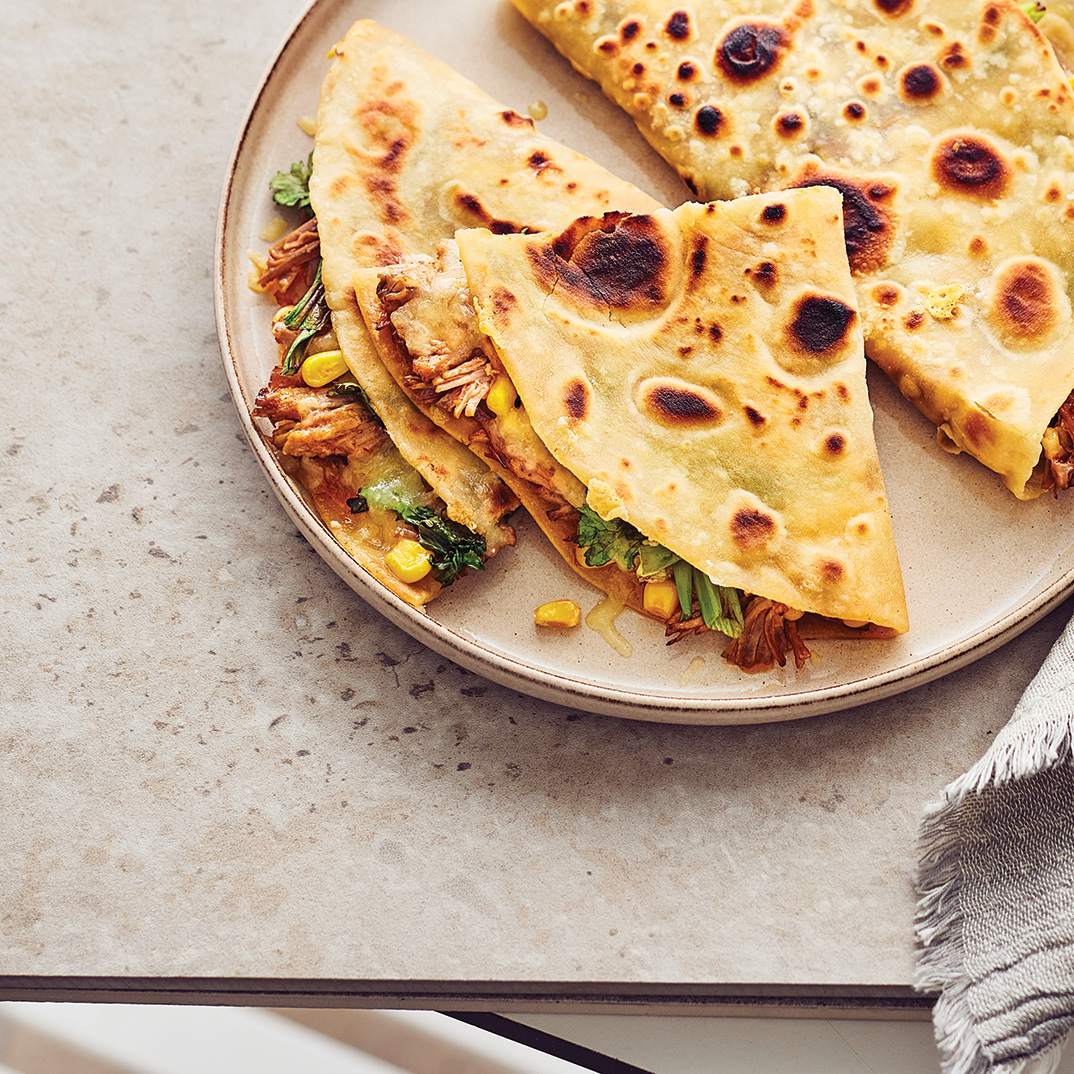 You can use corn tortillas but because they are smaller, we suggest you sandwich the fillings between two tortillas. Alternatively, use these same fillings to make tacos.

Ramen Noodles with Kimchi and Pork

Sweet and Sour Pork Chops with Peas, Cucumber and Mango